Making the choice to neuter your cat is a big one. While many pet owners go through with the procedure, there are some long-lasting myths that dissuade others. If you're wondering how your cat will fare after being neutered, you should know that there are some significant perks to having your feline friend neutered. This guide will quickly clear up some of the myths regarding neutering male cats, and offer a look at the advantages, too.

It's well known that, on average, male cats live longer and healthier lives when they're neutered than those who aren't. There's a lot of different reasons for this.

For starters, male cats who are neutered are less likely to stray and get into fights. This will help to protect them from injury from things like cars, as well as the risk of infection and injury from fellow cats.

That's not all, though. Cats who are neutered are also less likely to die from cancer. This is because one of the more common cancers in male cats, testicular cancer, can't impact a cat who is neutered. Since the testicular cells are all removed, and there's less testosterone produced in the body as a result, male cats can't develop this particular cancer.

Cats who are neutered sometimes get a bad reputation for being lazy. The reality is, yes, neutering your cat will help to take the edge off of any aggressive behavior they may have now. But that's a good thing!

Cats who are neutered often lose negative, aggressive aspects of their personality, which can make it easier for both you and your pets to get along with the kitty. This also means that your cat is less likely to exhibit territorial behaviors, like spraying urine on things, which is a win for everyone.

Another myth about neutering a cat is that they are doomed to become fat. The reality here is that your cat won't become lazy or necessarily fat, as long as you take precautions.

The main reason some male cats gain weight after being neutered is that they aren't getting enough exercise. It is similar to you taking a five-mile walk daily and then suddenly stopping. You'd probably gain weight and lose muscle mass in this scenario. The same can be said of male cats; once they're no longer wandering and fighting, they need alternative stimulation in order to stay fit and healthy. You can achieve this simply by playing with them and giving them things they can play with on their own, like a climbable cat scratching post, or even by taking them for walks on a harness and leash.

The fact of the matter is, neutering your cat has plenty of advantages and almost no disadvantages. With a little help from you, your cat will be strong, healthy, and longer-lived as a result of being neutered. For more information about spaying and neutering your cats, contact a veterinarian. 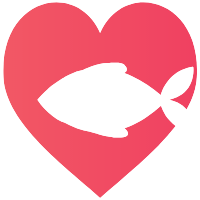 When your health is not the best, you head to the doctor. Your furry companion cannot tell you when they are feeling under the weather, but there will generally be signs. They may stop eating as enthusiastically. Maybe they lose weight or their energy levels seem to plummet. When this happens, you need to call the doctor for animals — your vet. Your veterinarian will do their best to diagnose and treat your pet so they can feel their best again. Explore this website for more insight into the wonders of veterinary medicine, and learn how to seek the best care for your animals.

Types of Pet Oral Surgery Procedures
7 September 2022
A veterinarian can help you provide the best care for your help. Part of this care includes performing various types of pet oral surgery, which can he …

Visit Your Vet If Your Rabbit Is Limping
5 April 2022
When you take care of a rabbit, it's important to notice how the animal moves. Doing so can especially be easy if the animal roams free in a certain a …